In previous posts, I have taken companies to task for their poor products and/or service (see my Rants category). Today, the Dad In The Headlights Consumer Protection Division is launching a new campaign to shine the spotlight on businesses that actually do things the right way. So you’ll see posts titled “{Company Name} Rules” to highlight great companies as opposed to the “{Company Name} Sucks” that I have used for those that just don’t get it. I don’t think these posts will generate as much interests as my “sucks” posts. Sadly, a negative story will often generate more interest than a positive one. But hey, this gives me another category in which to flap my (virtual) jaws about.

Right after World War II, Japan was synonymous with shoddy products. Due to the efforts of W. Edward Deming throughout the 1950s, Japan became a powerhouse of quality. One shining example of this is Toyota. I have owned 4 Toyotas, and loved each one of them. Let’s take a look at why Toyota rules:

Reliability: This is key for me. I’ve had a couple of vehicles over the years that seemed to be in the shop for repairs every couple of months. This is not only costly, but a huge hassle when you have a busy life. I want a car that I can rely on for years. Toyota totally delivers here. I’ve owned 4 Toyotas over the years and have literally never had a problem with any of them. One that I sold to a friend of a friend is still running strong at nearly 200,000 miles.

Resale Value: Toyotas are absolutely amazing in this category. This is actually a downside if you are looking to save some money by buying a late-model used car. A Toyota that is a year or two old with low miles costs almost as much as a new one. Another example: I purchased a 1997 Corolla in 2004 for $8000. I totaled it in 2007 and the insurance cut me a check for $6700. Amazing!

Cost of Ownership: Notice I didn’t say price. Toyotas typically cost more up-front than other brands. However, because of their incredible reliability and low depreciation, the total cost of ownership is less than other brands.

Features: Are Toyotas the hottest cars out there? No, not by far. However, they are extremely functional and even the “stripped down” models are loaded with lots of features.

Warranty: This is one area where Toyata lags behind the competition. A new car still only comes with a 3-year, 36,000-mile warranty. They could easily offer a 10-year, 100,000-mile warranty (as Hyundai does) and add very little their costs because of their reliability. I’m willing to bet that they lose some sales just because people want that peace of mind that a longer warranty provides.

Buy American: Don’t start lecturing me about buying American. We don’t do the US automakers any favors by buying their crappy products (yes, I know they aren’t all crappy…pipe down). Competition is what drives improvements. If they lose sales to superior products, they are forced to improve or be driven out of business. We are starting to see the reliability gap between US and Japanese automakers narrow. Detroit is getting the message. Also, you can’t lecture me about buying American when I’m driving my Toyota made in the US and you’re driving your GM made in Mexico. 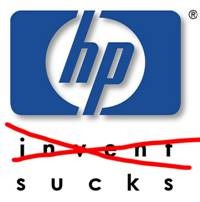 This just in from the Dad In The Headlights Consumer Protection Division: Hewlett-Packard royally sucks.

I am completely convinced that HP has developed a secret technology to cause products to fail right after the warranty has expired. This has happened to me twice with HP products over the past several years.

The first was with a laptop. The week after the warranty expired, the power jack broke off inside the computer. I contacted HP support and the only thing they could offer me was a “great deal” on an upgrade. It turned out that their awesome deal was more than everyday prices at any local computer store. I checked into getting it repaired, but it would have involved replacing the entire motherboard. In the end, it would have cost more to repair than to replace. So, I tore it apart piece by piece and spread the remains across eBay. I probably got about $200 for a laptop that cost a lot more than that.

Fast forward to 2007. We had problems with our HP printer several times throughout the year. It would suddenly just start printing out blank pages–even with full cartridges. Each time, I would get with technical support and go through excruciating steps to finally get it working again. Well this week, even technical support couldn’t get it going again and they said there was nothing more they could do. And yes, you guessed it–just a couple of weeks after the warranty ran out. They once again offered me these incredible deals on upgrades that were not such great deals. I pointed out that their own records showed that the problems started well before the warranty expired. However, they politely said that they would be happy to replace the printer–if it was still under warranty. Grrr….

Whatever happened to good customer service? I know, they are not required to do anything beyond the letter of the warranty. I get it…pipe down. If I were running a company, I think that I would have an unpublished grace period on warranties. If a product fails within “x” number of weeks of the warranty expiration and the customer requests it, I would replace the product. At the very least, they could have actually offered a good deal on a new printer and I would have been happy.

Instead, if this post deters just one person from buying an HP product, they are money behind by not keeping me happy. (Evil laughter)